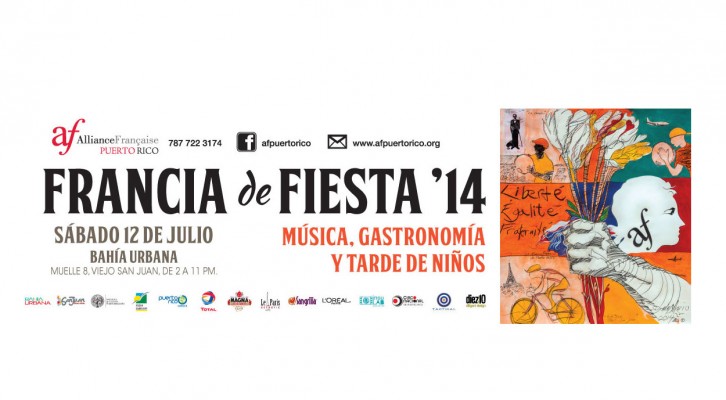 Join Puerto Rico on Saturday, July 12, while we celebrate Bastille Day, formally called La Fête Nationale in France. It commemorates the 1790 Fête de la Fédération, held on the first anniversary of the storming of the Bastille on 14 July 1789; the anniversary of the storming of the Bastille fortress was seen as a symbol of the uprising of the modern nation, and of the reconciliation of all the French inside the constitutional monarchy which preceded the First 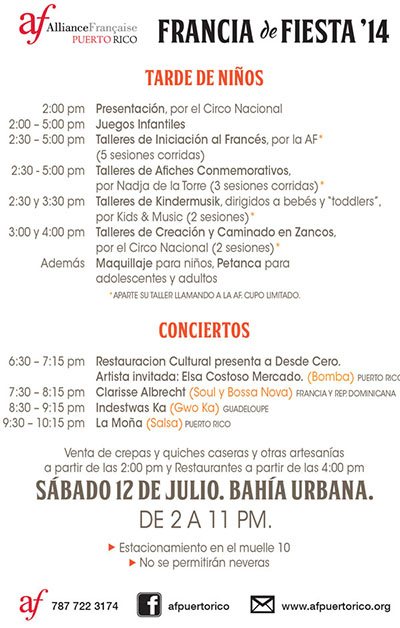 Republic, during the French Revolution.

Sponsored by the Alliance Française de Puerto Rico will be held at Bahía Urbana on pier 8 in Old San Juan. This event is held every year in Puerto Rico, featuring amazing food, music and entertainment alike. There is no admission, so bring your beach chairs or blankets, and spend a beautiful afternoon with your friends & family.

The Alliance Française is a non-profit organization whose mission is to spread the French language, promoting French culture and francophone cultures and promote cultural diversity. In the world, the first headquarters was founded in Paris in 1883. Through weather the global network of the Alliances Françaises has developed to have today, with 968 offices located in 136 countries with over 490,000 students. Present in Puerto Rico since 1937, the Alliance Française is dedicated to strengthening cultural dialogue Franco-Puerto Rican and develop bonds of friendship between the two countries. www.afpuertorico.org

[Off the Market] › Real Estate in Condado, Puerto Rico 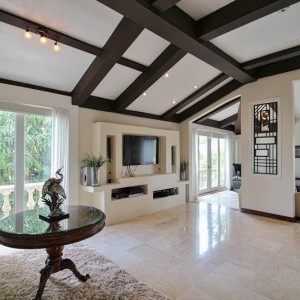