Reside Spring 2013: Sydney › The Right Time and the Right Fit

Reside Spring 2013: Sydney › The Right Time and the Right Fit

There are some combinations that are too perfect not to pair. Australia is one of the most prominent and important markets in the southern hemisphere, and the Sotheby’s International Realty® name is among the world’s most far-reaching and respected luxury brands. Now, with the opening of Sydney Sotheby’s International Realty in Double Bay last September, Sydney and New South Wales clients are plugged into an incomparable network of global referrals and affiliates. Michael Pallier, Owner and Managing Director, is thrilled to have these resources behind his new office.

“It’s not just a name, is it?” Pallier says of the partnership. “It’s a true international organization, and all the members share clients. It’s really amazing.”

With its climate, school systems, natural beauty, clean air, low crime and public service infrastructure, Sydney is one of the world’s most desirable places to live. Sydney Harbor, perhaps the most spectacular and recognizable confluence of land and sea on earth, is also the rare place where man’s imprint and architecture—the skyline, open spaces, the Sydney Opera House, the Sydney Harbor Bridge—enhances the naturally breathtaking setting.

Naturally, the most prestigious real estate is located on and around Sydney Harbor, particularly the neighborhoods in Point Piper, the Eastern Suburbs and the North Shore.

The closer the property is to the Harbor, the more it’s generally worth.

Waterfront locations on the Harbor list between $10,000 and $15,000 per square meter, making Sydney one of the most exclusive cities in the world. But low inventory, desirability and Australia’s generally strong economy have kept demand and prices strong. These factors typically insulate Sydney from global real estate market downturns, and in fact, Pallier has recently seen appreciation in prices at the top end. The British have been particularly active in the market of late, as have buyers from China.

Asia is a critical market for Australia given its geographic proximity and shared time zones. Asian buyers, attracted to the beauty of the region, the convenient location, the safety and strong schools, often favor areas in New South Wales for businesses and second homes. Australians have equally favorable feelings.  (Read Article) 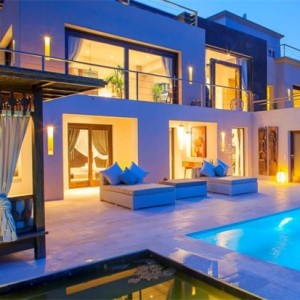