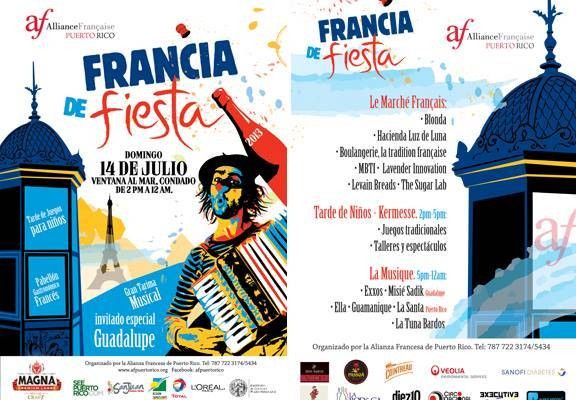 Come join the Francia De Fiesta, as we celebrate Bastille Day, formally called La Fête Nationale in France. It commemorates the 1790 Fête de la Fédération, held on the first anniversary of the storming of the Bastille on 14 July 1789; the anniversary of the storming of the Bastille fortress-prison was seen as a symbol of the uprising of the modern nation, and of the reconciliation of all the French inside the constitutional monarchy which preceded the First Republic, during the French Revolution. Festivities and official ceremonies are held all over France. The oldest and largest regular military parade in Europe is held on the morning of 14 July, on the Champs-Élysées avenue in Paris in front of the President of the Republic, French officials and foreign guests .

Worst Over for Puerto Rico as June Yields Too Much: Muni Credit