“Prompted by the Global Search for Education series, a survey was designed and responses were obtained from 53 female and 78 male students at the University of Puerto Rico, Mayagüez campus, with the aim of exploring gender perceptions.”

When gender perceptions and negative stereotypes towards women in mathematics and science are non-existent, the gender gap in performance seems to disappear. That’s the lesson to be learned from not just Finland, but also Puerto Rico where females are performing as well as males and better than males in some math and science subjects.

What we in the mainland US could do to improve girls’ image of themselves and boys’ image of girls would seem to be the next important question. I invited Dr. Hector Rosario and Daniel McGee to share their fascinating research and perspectives on this topic in The Global Search for Education. Hector Rosario is a professor of mathematics at the University of Puerto Rico (Mayagüez) and holds a Ph.D. from Columbia University. He is a co-editor of Mathematics and Its Teaching in the Southern Americas, an anthology of the history of mathematics education in 17 nations in the Americas. Daniel McGee worked 18 years at the UPR-Mayaguez where he directed numerous projects involving developmental mathematics, high school mathematics, pre-service teacher training and materials for Pre-Calculus and Calculus classes. He is currently director of the Kentucky Center for Mathematics. “There is clearly no evidence with this population to indicate that fathers are considered more intelligent or more talented in math and science than mothers.”

What is the status of the gender gap in Puerto Rico regarding Math and Science achievement and how does this compare to the U.S.?

The following quote appears in the chapter on Puerto Rico of the recently released anthology Mathematics and Its Teaching in the Southern Americas.In the United States, the NAEP exam results indicate that males perform better than females in mathematics. This difference, however, is not seen in Puerto Rico where females perform as well as males. In fact, females perform approximately 5 points higher on average in the Geometry and Spatial Sense section. This lack of a gender gap continues to be seen in post-secondary institutions. Based on data from Río Piedras and Mayagüez, approximately 36% of graduates in engineering programs are women and approximately 60% of graduates from other science and mathematics programs are women. While obviously there is still a gap in engineering fields between male and female graduates, it should be noted that this gap is far less than anywhere else in the United States (Rosario et al., 2015).

See the publication on Amazon » amazon.com 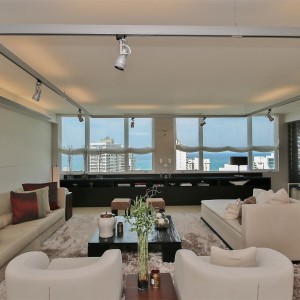